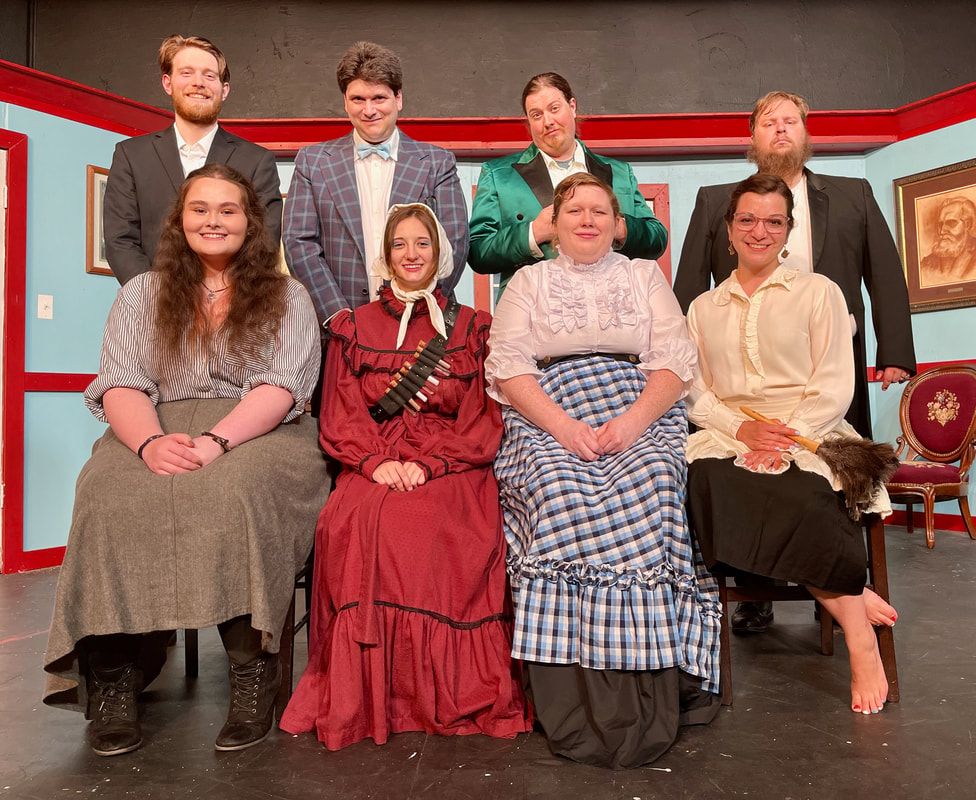 The cast of A.Sault on the Senses or Medium at Large. Front from left: Ella Ashlin, Chelsea Pierick, Abbie Hoberg, Erica Rice. Back: Jarrett Lauer, Michael “Miggs” Migliacio, Jeremy Kittleson and Nick German.
Ella Ashlin  - May Bright
Ella (of Rochester) is so excited to be a part of this melodrama! She has appeared on the Mantorville stage previously in two other melodramas, as well as Honk! She has also been involved in several productions in Rochester and in Plainview. Ella hopes you enjoy the show!

Arabella Fields - pianist
Arabella (of Mantorville) is happy to be a part of her first Mantorville Melodrama. Bella has taken piano lessons for several years, so even though she had not accompanied for a show before, she was excited to take on the challenge and play for this show.

Bailey Fields - Director
After several years away, Bailey (of Mantorville) is ecstatic to be a part of a Mantorville Melodrama once again. Bailey has appeared on stage in several past Melodramas, but this time she has been tasked with directing the show! This is Bailey’s first production since completing a Theatre degree from Luther College during global pandemic and mass lockdown, so she is very excited to hear any and all audience reactions, and hopes you enjoy the show.

Nick German - Mr. Briars
Nick (of Rochester) is a complete newbie to the stage. His extreme introvertedness was only exacerbated by the pandemic. Only with threats of parties and good times forced upon him if he didn't find a hobby outside the house, did he agree to tryout for the melodrama. Though, he does admit he's enjoying himself and may be convinced to leave his cave sometime within a decade again.

Abbie Hoberg - Mrs. Puffy
Despite a several year absence from the theater, Abbie couldn't be more excited to return for a Mantorville Melodrama. She's been a long-time fan of theater, both watching and participating, and has been part of numerous productions over the years. You might recall seeing her in past melodramas. Abbie lives in West Concord with her family and pets and spends the week working at Target in Rochester. She hopes you have as much fun watching "A. Sault on the Senses" as she has had performing in it.

Jeremy Kittleson – Professor A. Sault
Jeremy (of Rochester) is stoked to be back on the stage, stranger than ever after his long hiatus. His strength grows with every boo and hiss, and he is hoping to hulk-out off your energy.

Jarrett Lauer- Andrew Puffy
Jarrett would like to say “hello!” and welcome you all to the show! This is Jarrett’s first production at with the Mantorville Theatre Company, and his first production since moving to Minnesota. He is originally from Indiana and took several semesters of Theatre courses at Indiana University of South Bend. Jarrett thanks you all for coming to the show and experiencing this new adventure with him.

Michael “Miggs” Migliacio - Willie
After nearly a decade in absentia and most recently confined to the house for a year of quarantine, Miggs is thrilled to return to the Mantorville stage. Long-time attendees may remember seeing him as one of many villains, including as the one and only Professor A. Sault in a previous season's production of "A Shreck in the Night". He also directed several productions at MTC, including Neil Simon's "Fools" and the first seasonal All Hallows' Feast mystery dinner theatre: "Not Another Zombie Apocalypse".  Miggs lives in Savage with his wife Lisa and four-year-old son Aiden, and spends his days helping demystify technology as a Lead Software Engineering Coach at Target Corporation.

Chelsea Pierick – Mrs. Peavy
Chelsea is going to be a senior at Kasson-Mantorville high  school. She likes to play piano, paint, sing, but her favorite hobby is theater. She has been in shows mostly with Stewartville Community Theater since she was 8 years old. This is her first Mantorville Melodrama and she is looking forward to being in more.

Erica Rice - Mrs. McDermott
Erica (of Rochester) is very excited to be back on stage with the Mantorville Theatre Company. She has appeared in several Mantorville productions in the past, and cannot wait for you to laugh, boo, and cheer along with the show.

Priscilla Ruemping - Assistant Director
Priscilla (of Byron) has been in a variety of plays in Mantorville, playing various roles such as a southern granny, a riverboat hostess, a drunk teetotaler, a crazy old aunt, a cowboy, a butler, and a nun.  For this show she is the assistant director.  She would like to thank the cast and director for the opportunity to work with them in making this show come to life.  She is now retired from teaching Mathematics at RCT and is happy to be involved in theater again. 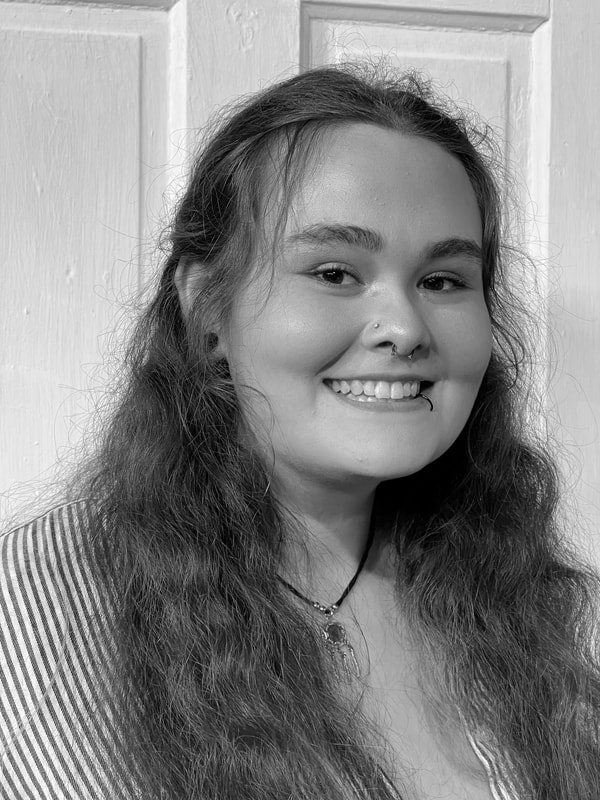 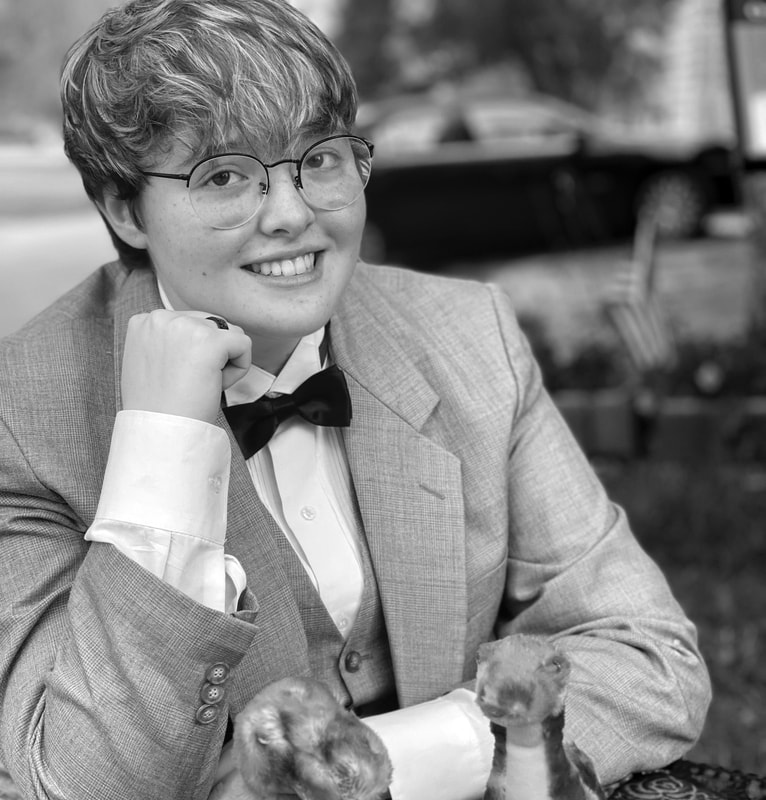 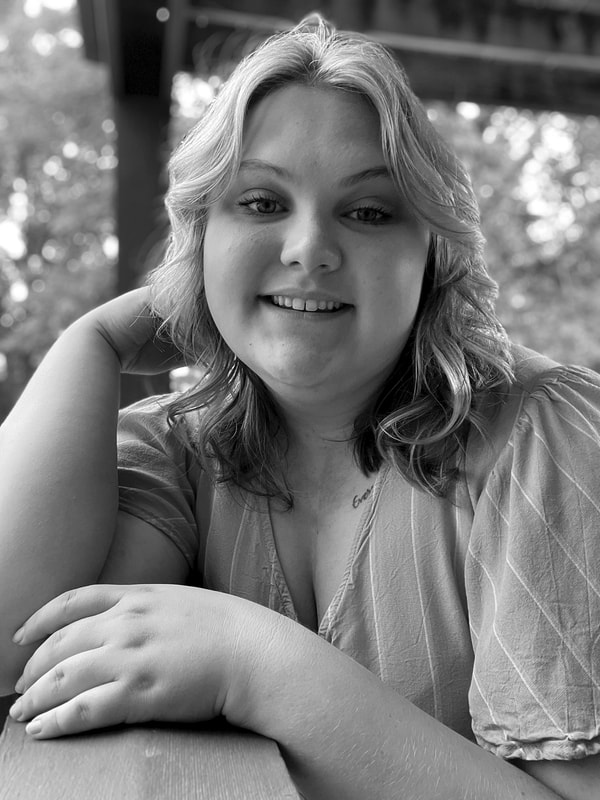 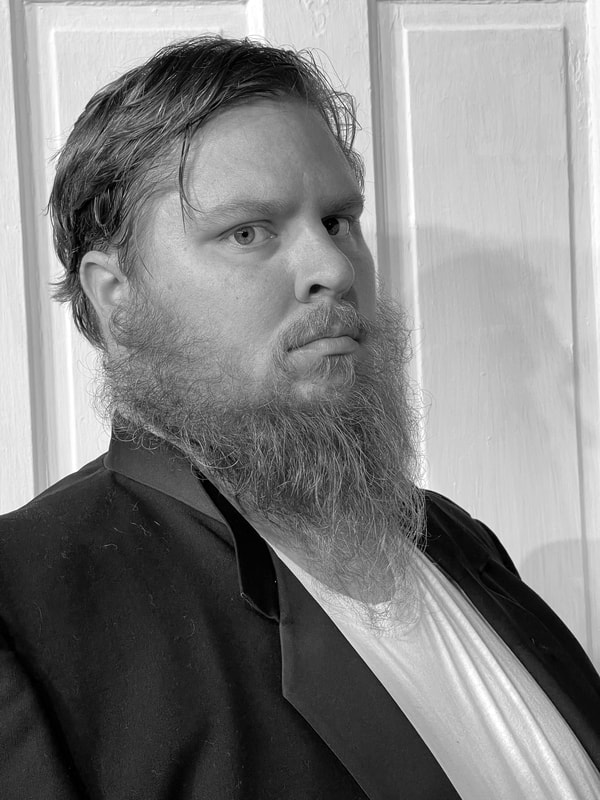 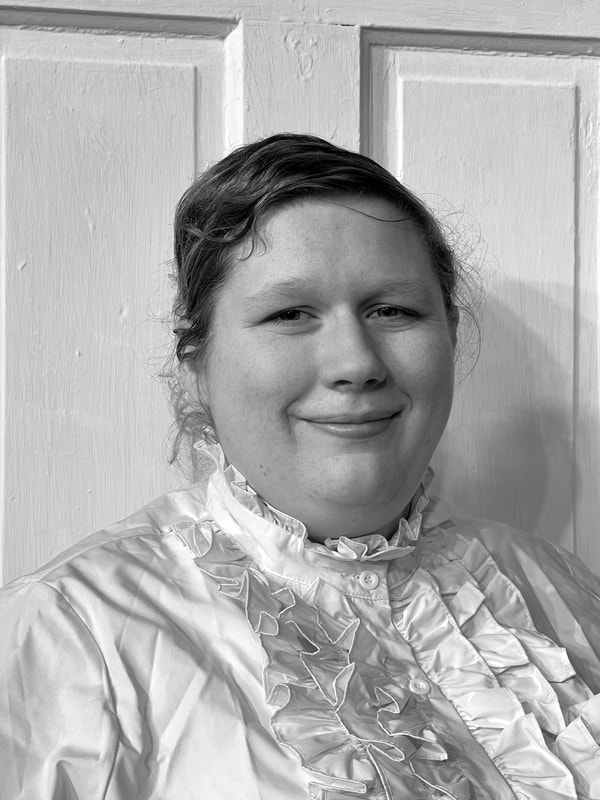 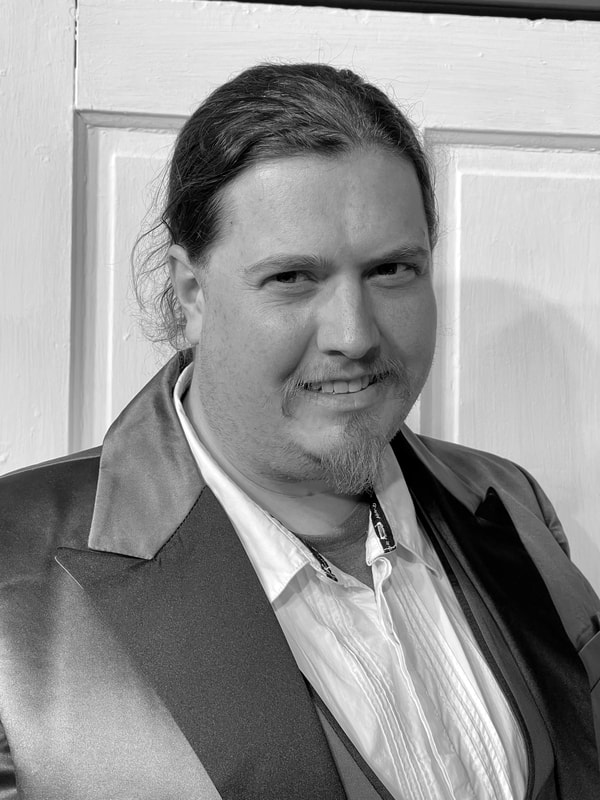 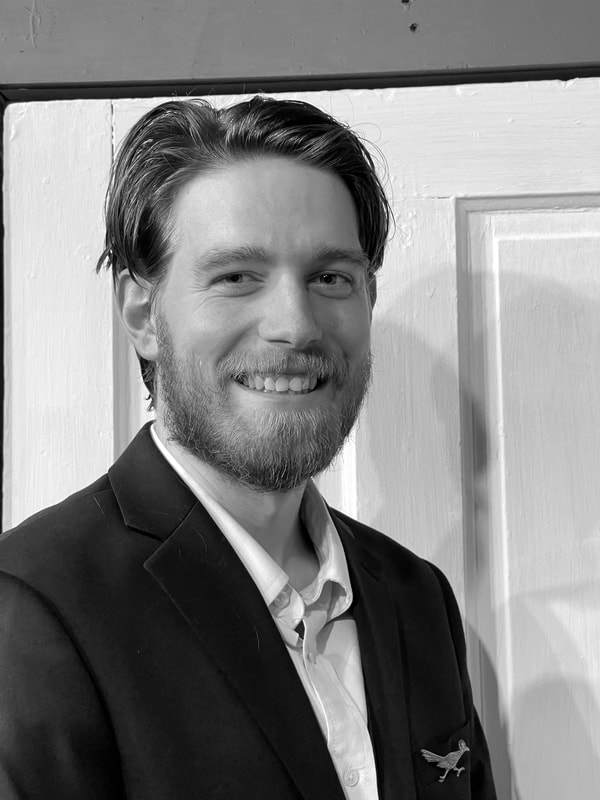 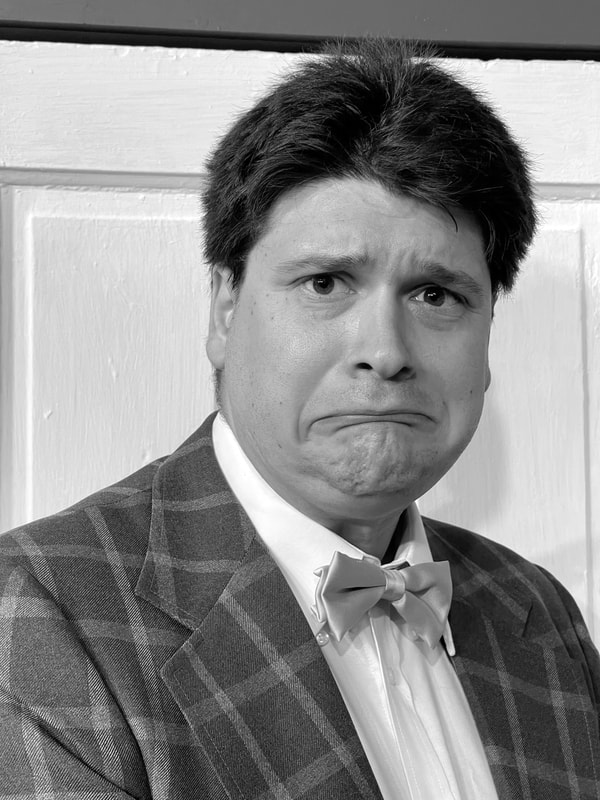 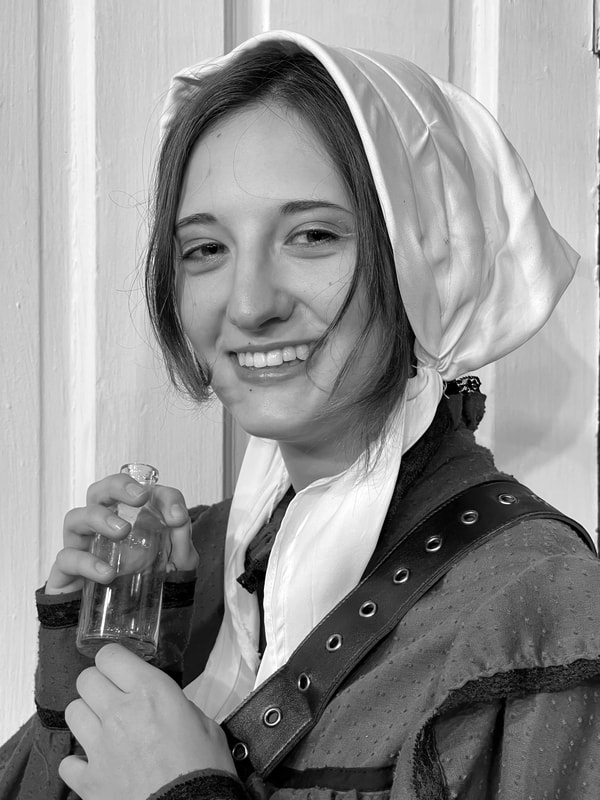 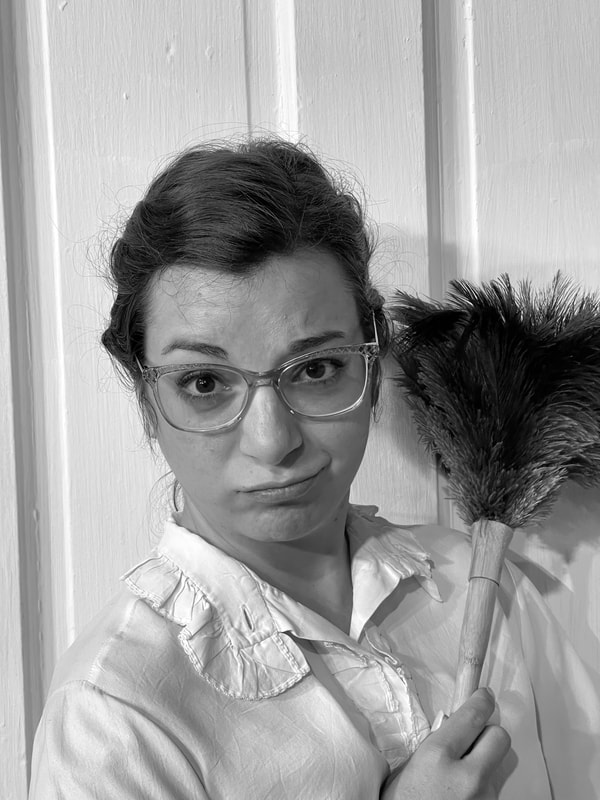 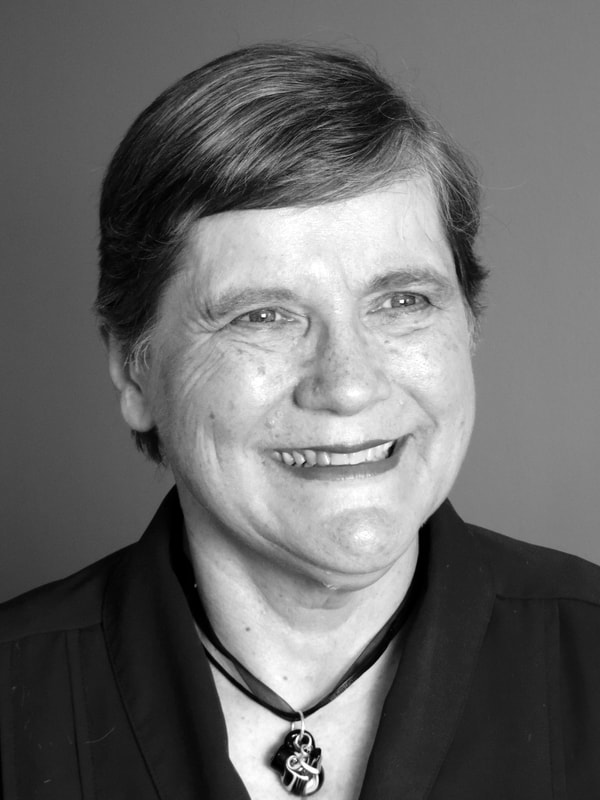 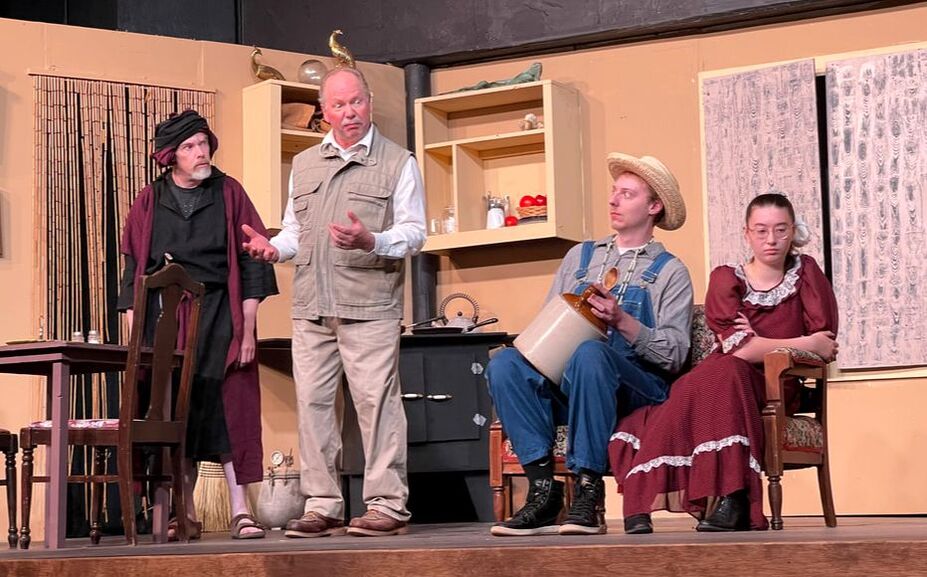 Uh, oh, the jug... er, jig is up! Find out what the fuss is all about! From left, Tom Gall as Opec the Vulture, Karl Huppler as Professor Pembroke, Dane Holmes as Kelvin Dobbs and Emma Wilson as Penny Pembroke.
About the Cast of Professor Pembroke's Predicament or A Curse Comes Home:
​Brian Bedard (Mr. Flam Bhey)
This is Brian’s fourth time on stage in Mantorville. He just played a villain in the June melodrama, A Schreck in the Night or Yes! We Have Nosferatu. Previously he was in Love, Sex and the I.R.S. and The Dastardly Diamond of Destiny. He also worked backstage for the eerie musical Nevermore. He is very active in local community theater and has been a part of over 20 productions all around SE Minnesota. He is a Web Developer for the University of Minnesota. He is an aspiring voice actor and writer.

Christine M. Boos (Granny)
Christine, from Rochester, was last seen on the Mantorville Theatre Company stage as Diana Desdemona in Lend Me a Tenor.  Other productions on this stage include Blythe Spirit, Weekend Comedy, and Steel Magnolias.  Christine is also involved with other area theaters: Rochester Repertory Theatre, Absolute Theatre, Rochester Civic Theatre, Theater du Jour, and Vertigo Theatre Factory.  When not acting, Christine is an IT Application Architect at Mayo Clinic, supporting Research and the Epic Electronic Health Record. This is Christine's first Melodrama and she is having a blast! Enjoy the show!

Karl Huppler (Professor Orvis Pembroke)
Karl has worked with the Mantorville Theatre Company since 1980 - on stage, off stage, on board, volunteer off board (but never bored). His last project was working with other volunteers to rebuild our stage while we were all biding our time waiting for the chance to present live theatre again. It is great to be back on stage with a great cast, crew, and interactive audience!

Tom Gall (Opec the Vulture)
The first melodrama Tom was in was Greg Miller’s (playright of this show) Lament of the Lupine Lover or What’s the Big Hairy Deal? in 1996 as Orvis Pembrook. This show is the first with his daughter Madeline which has made for a great Father/Daughter summer adventure.

Madeline Gall (King Ramma Lamma Ding Dong)
The first show Madeline was in was Bugsy Malone Jr., a middle school show, when they were in 5th grade. This is their second melodrama, and this show has given them by far the most interesting role they’ve ever had. It’s been quite interesting getting to see their father’s acting as well.

Dane Holmes (Kelvin Dobbs)
Dane is a sophomore at Iowa State University who’s ready to put on an epic show tonight. He’s only home for the summer so enjoy it (or not, I won’t judge) while you can. He’s been in too many shows in high school to bother listing but the notable ones include his role as Cogsworth in Beauty and the Beast and Ichabod Crane in The Legend of Sleepy Hollow. His hobbies include doing calculus like a nerd and chewing the same piece of gum for three hours. Now, with all that stuff that only his mother is going to read being said, Dane really hopes you enjoy the show.

Emma Wilson (Penny Pembroke)
Emma is a senior at Kasson-Mantorville high school. She previously appeared as Mrs. Fryer in Radium Girls, Charlotte Charlie in The Super Non-Heroes and Flora in Who Poisoned his Meatball? In her extra time she enjoys watching movies, drawing, decorating her room, and learning new languages!

Mary Wellner (Pianist)
Mary has been involved with the Mantorville theatre as a pianist off and on since 1982. With a degree in Piano Performance she has done many musical productions in Rochester and the surrounding area. She also has a piano studio, teaching pupils of all ages, and performs her jazz renditions at various venues in southeast Minnesota.


Cheryl Frarck  (Director)
Cheryl has been involved with the Mantorville Theatre Company since 1977;  Cheryl has written, acted, and directed at Mantorville, and she is delighted to bring Professor Pembroke's Predicament back to the stage with this talented cast. 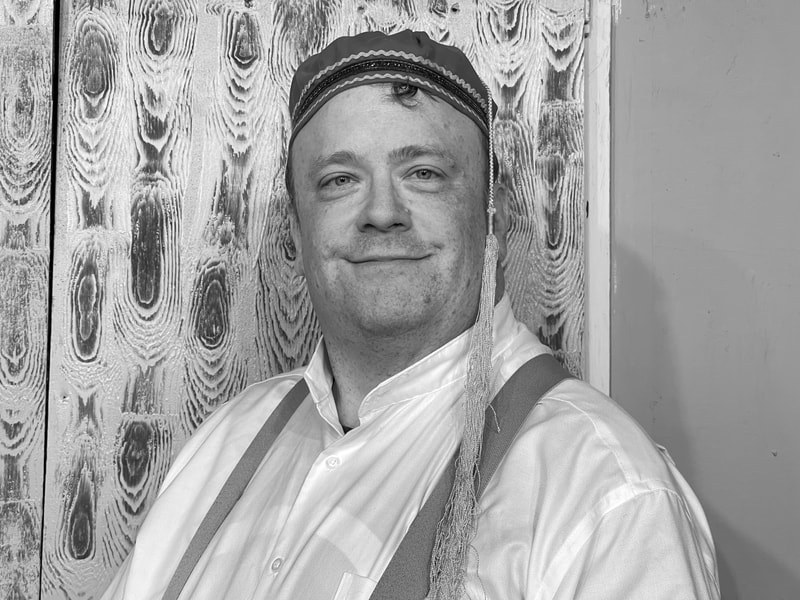 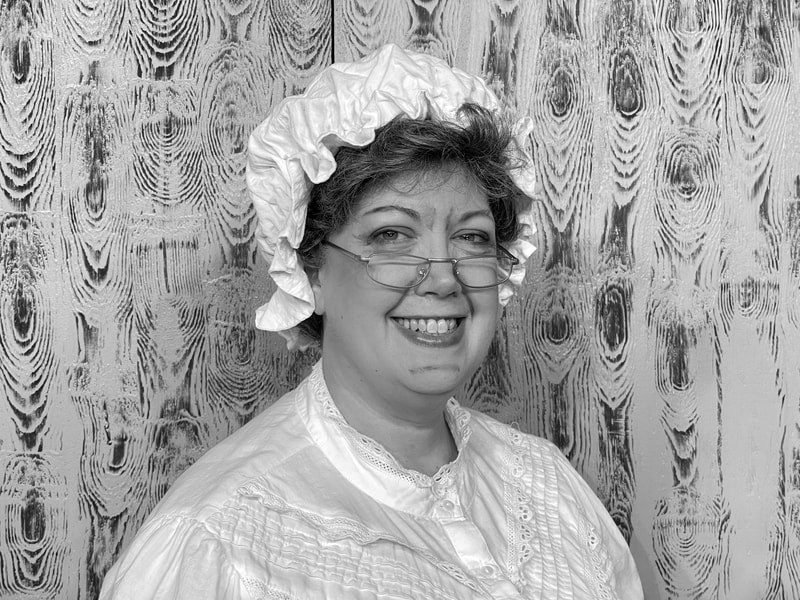 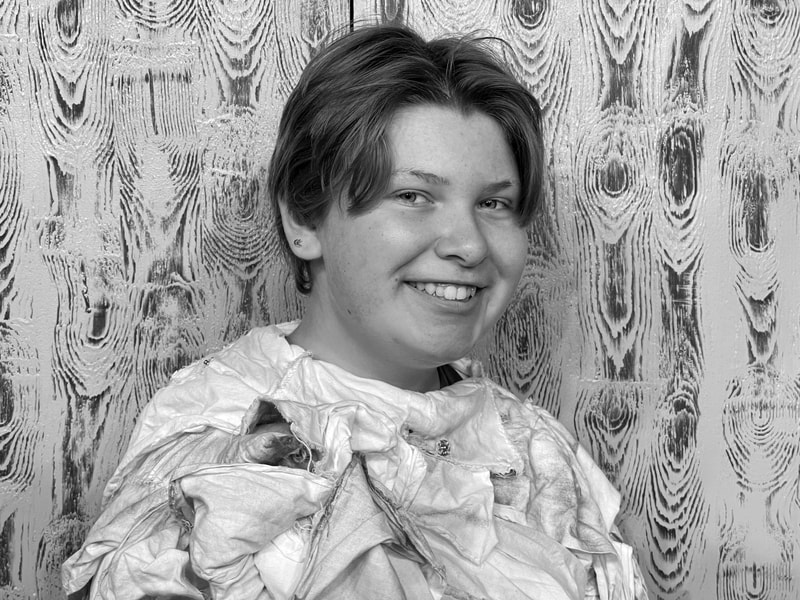 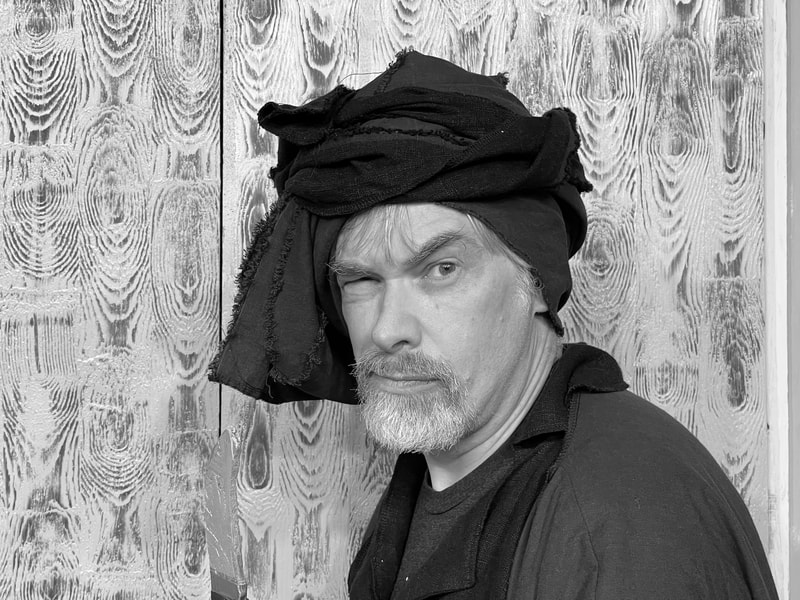 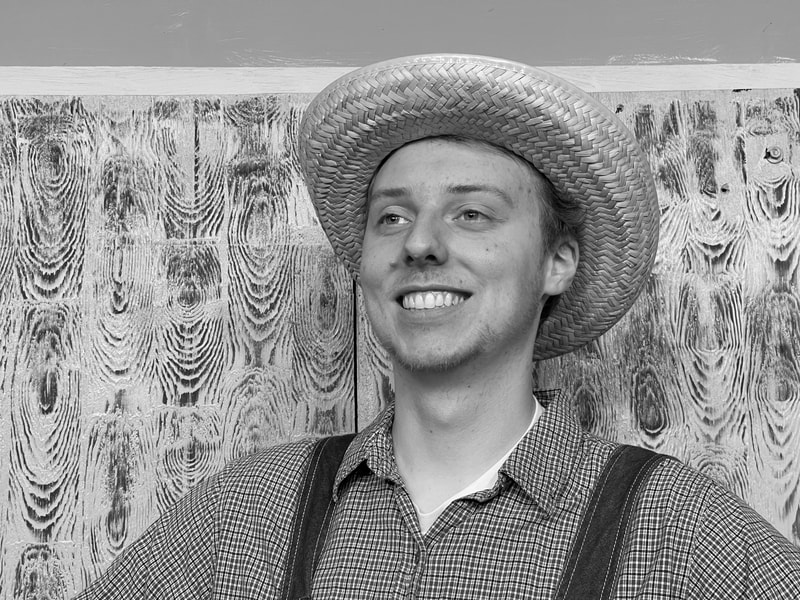 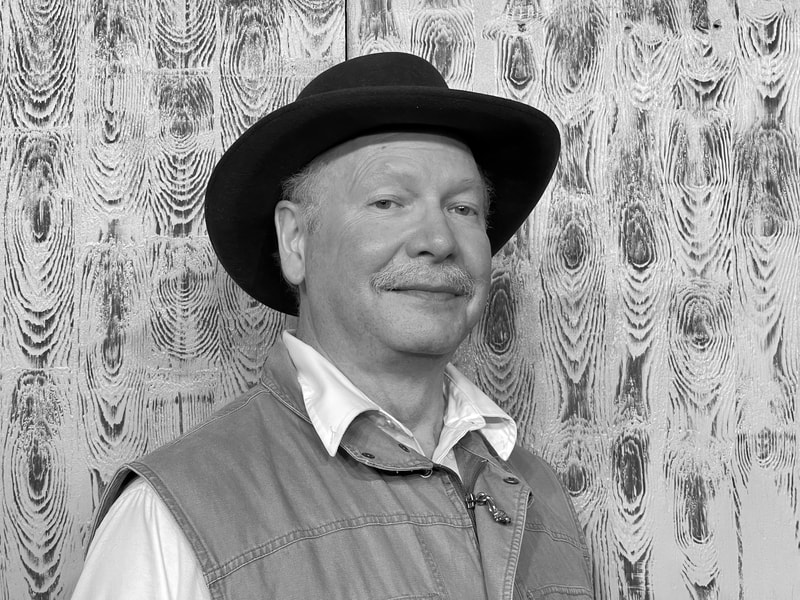 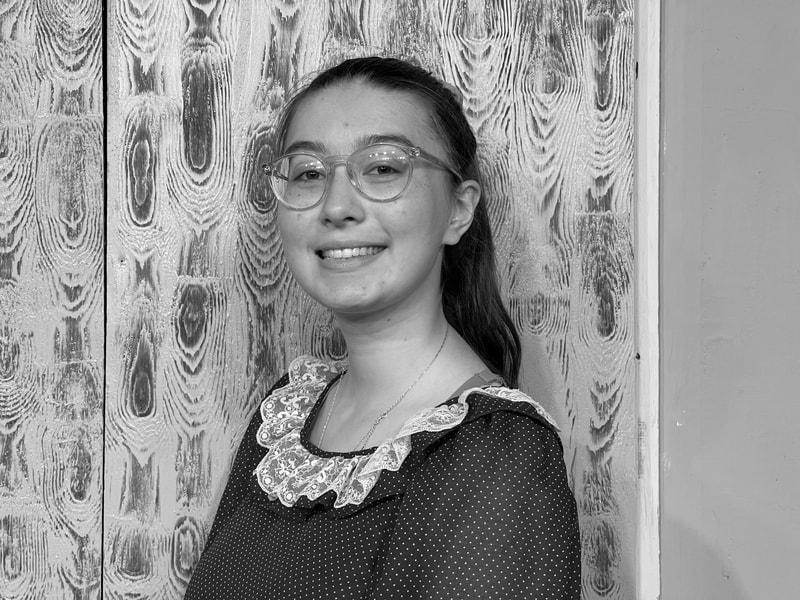 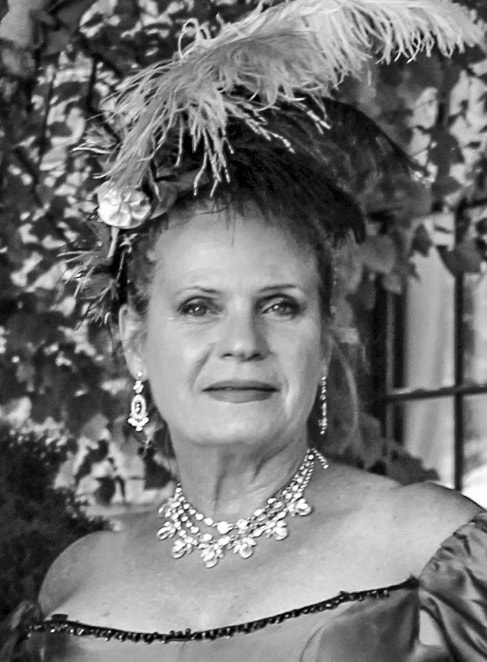 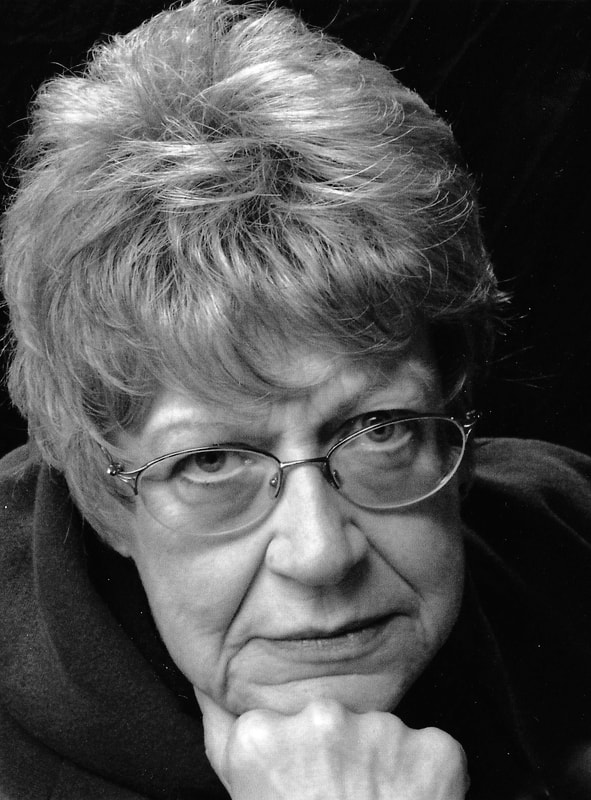