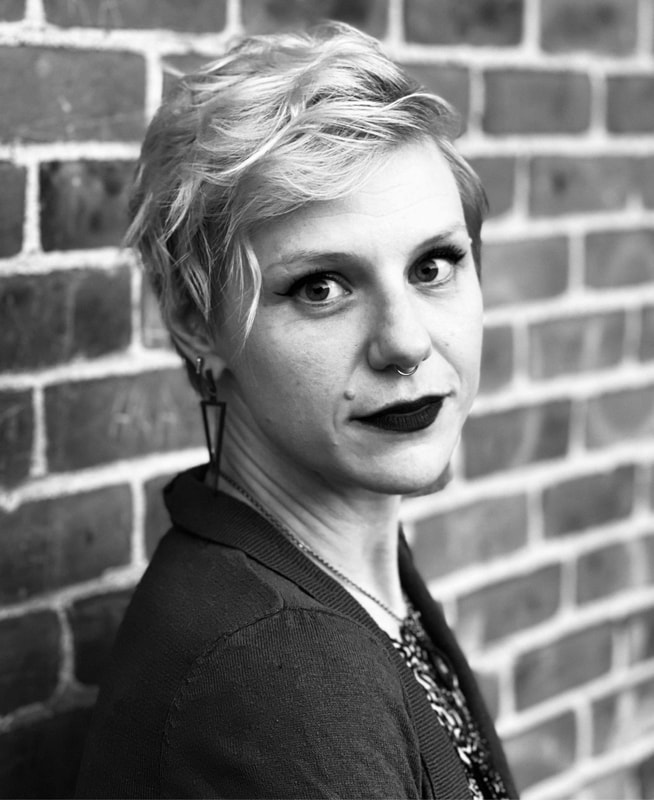 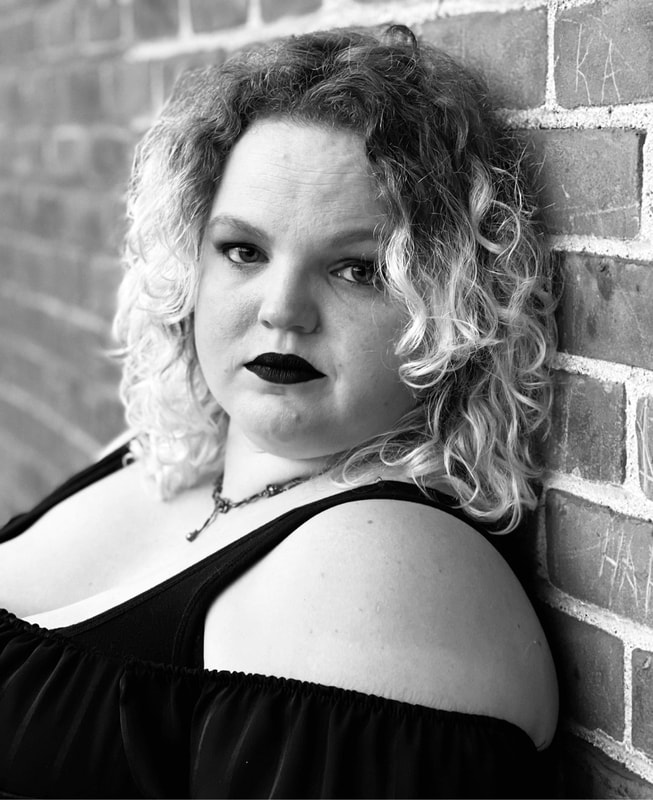 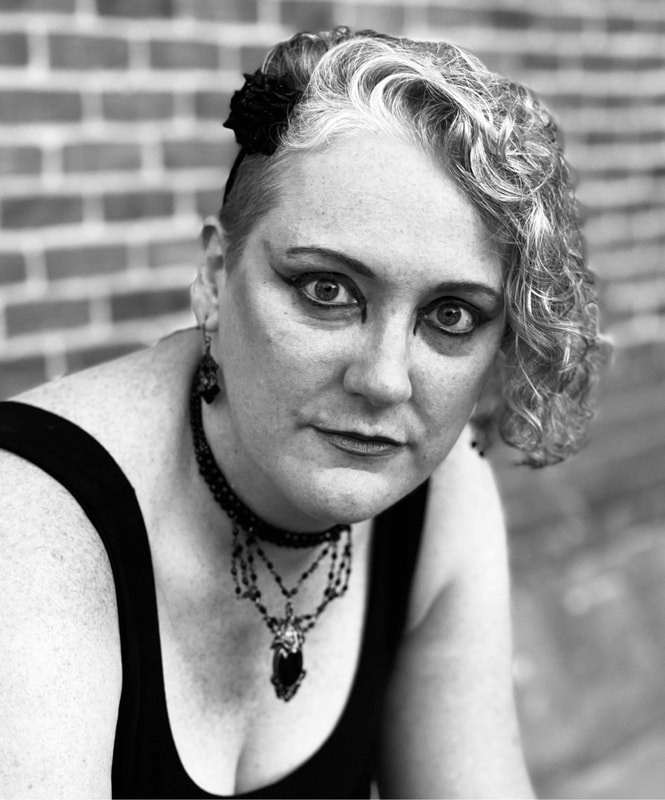 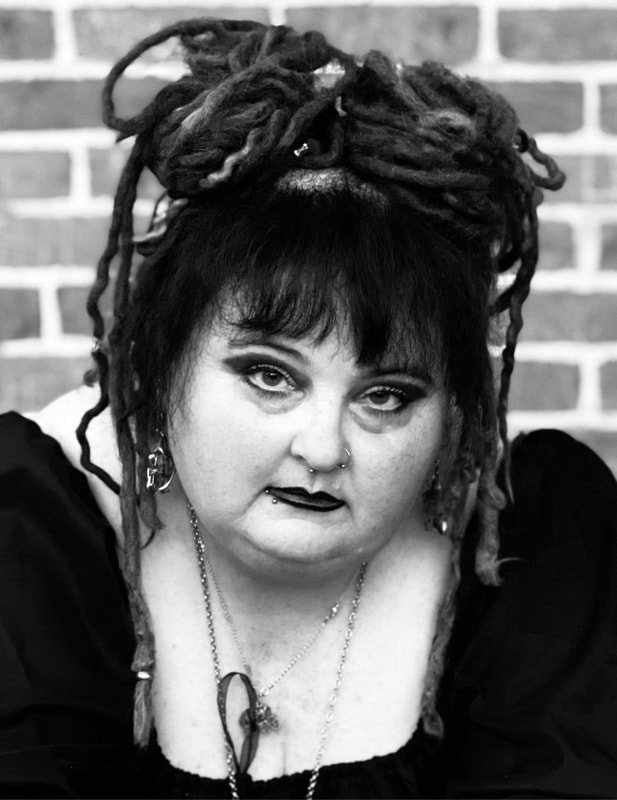 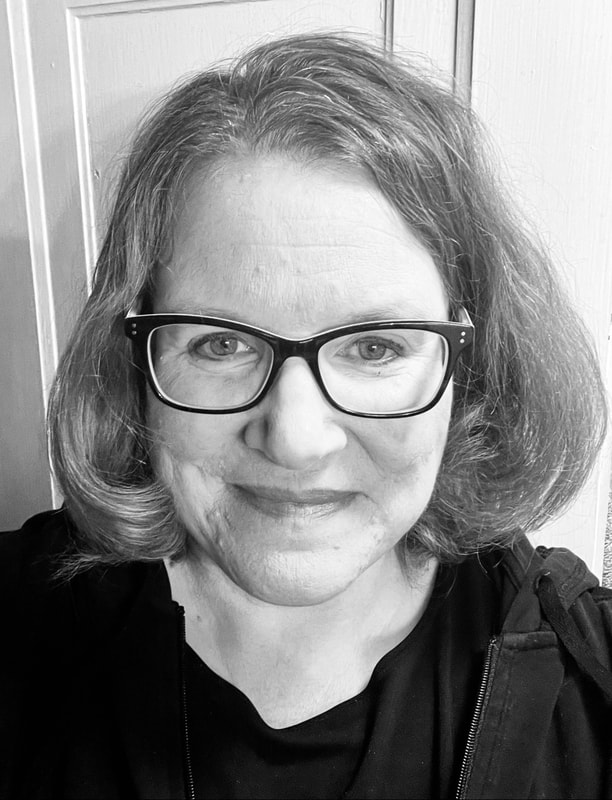 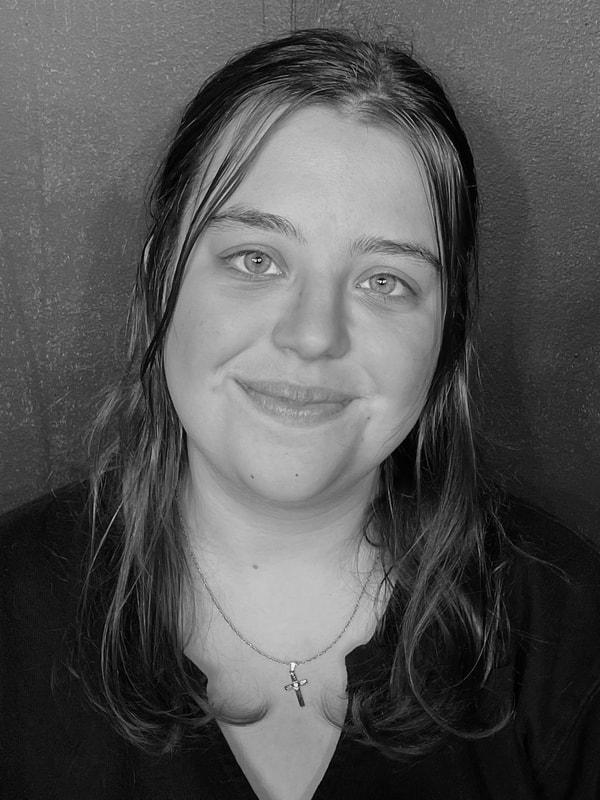 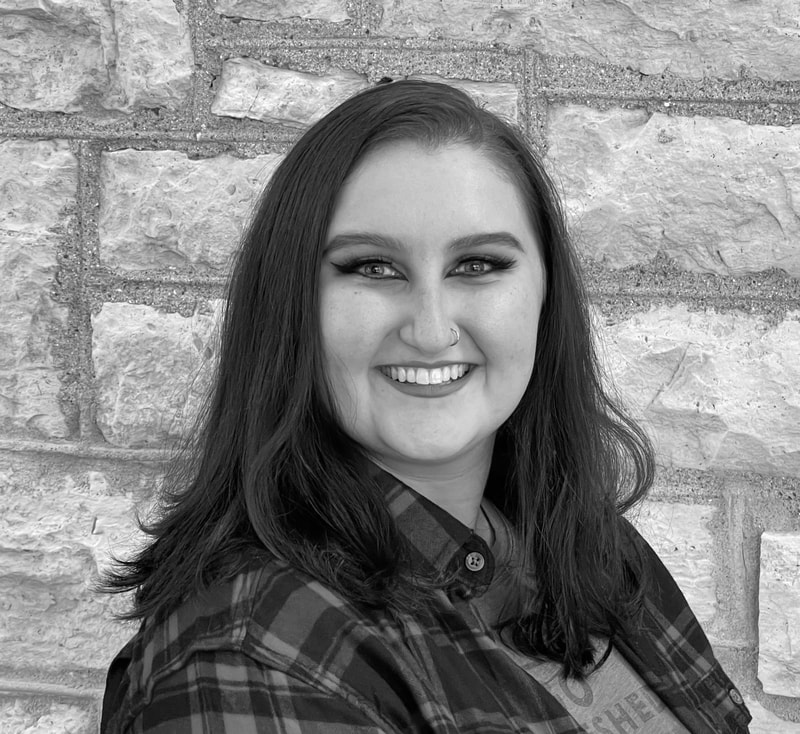 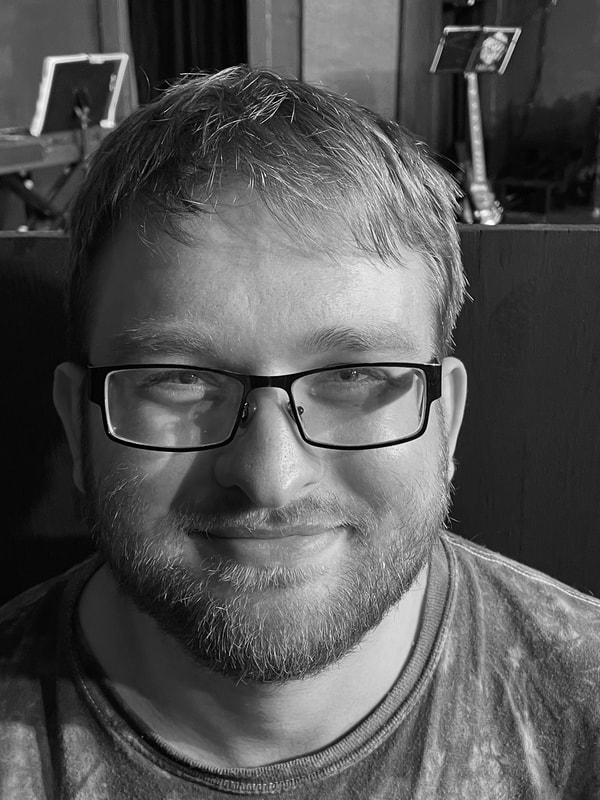 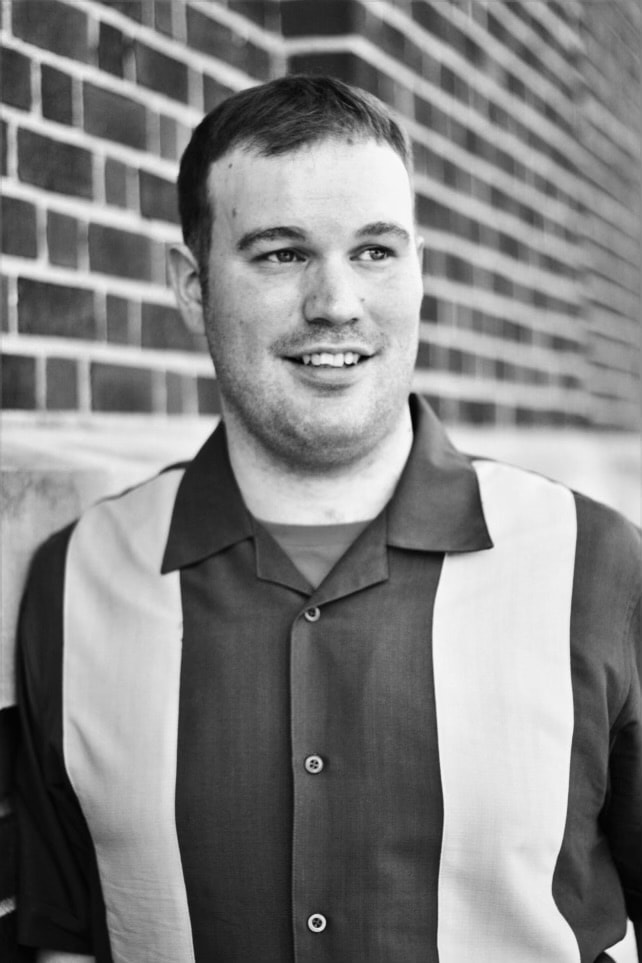 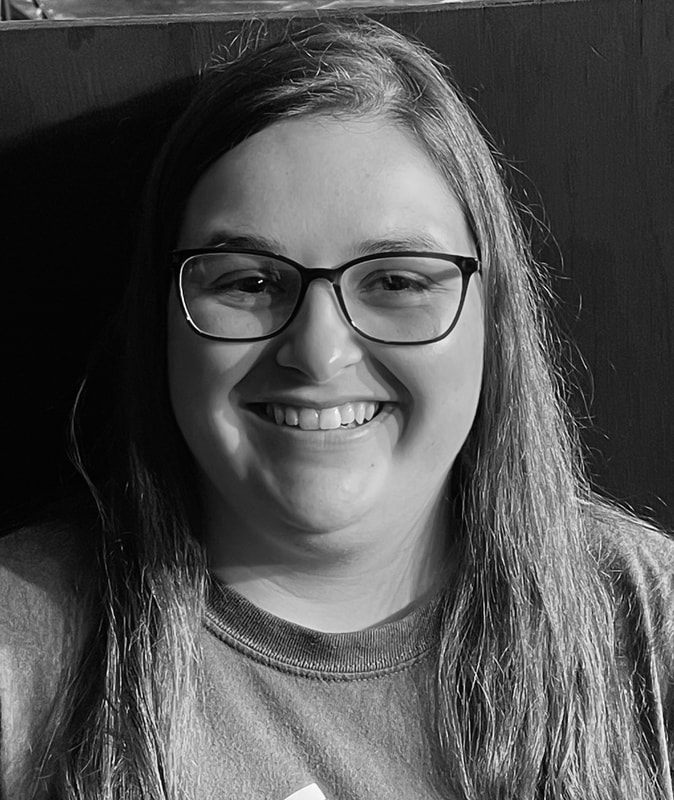 Margaret (Maggie) Hendrickson (Lizzie Borden) It is with great sadness that we announce the passing of Margaret Hendrickson. Maggie passed on into the next life unexpectedly when she had an allergic reaction to her Algebra homework. Born October 18th, 1856, Maggie is survived by her loving husband of ten years, local musician Luke Hendrickson. Luke made Maggie very happy throughout their marriage, especially when he did dishes and laundry. She is also survived by her two beautiful daughters, Layla and Ruby Hendrickson of Rochester Mn. In Maggie's 36 years of life, she discovered the stage. She was seen in other productions such as "Catch Me If You Can" and "Rock of Ages" at the Rochester Civic Theatre, "Spitfire Grill", "Evita", and "Aida" at the Rochester Repertory Theatre. She also did some sketch comedy and improv there as well. Maggie was Audrey in "Little Shop Of Horrors" at the Wits End Theatre, and The Narrator in "Murder Ballad" at the State Theatre in Zumbrota. Maggie, a lover of all things pagan and macabre, fell in love with the rock aspect of the musical "Lizzie Borden". The story of Lizzie Borden always intrigued her - she was THRILLED and Honored to play her on the stage.  Details of the funeral will be announced at a later time - but snacks WILL be required.  Epitaph reads: “When life gives you lemons-murder them

Samantha Ryan (Emma Borden) was born September 13 and if you follow astrology she was exactly what you’d expect from a Virgo. While with the living Sam served as a founding member and board president and of That Theatre Company while also working with several theatre companies in Southeastern Minnesota. Past Mantorville Opera roles included Elmira in Nevermore and Suzy in Wait Until Dark. Sam passed suddenly by accidentally high-kicking herself in the face. She was always one for enthusiasm. She is survived by a loving husband/best friend/super good roommate Jake and three fur babies, Penelope, Reid and Trix.  Epitaph reads: Thank you, Sarah for letting me climb ALL the things!

Denise Ruemping (Alice Russell) was born to Charles and Priscilla Ruemping in the year of the mighty Star Wars release in Rochester, MN.  During her childhood years, she became to be known as “that crazy kid” and stunned the world with her unique ability to refuse to blend in . . . EVER!  Later in life, she was a teacher, a mentor, an actress, a director, a designer, and a writer.  She was well known in the Rochester area theatre community, where she was involved in many productions at the Mantorville Theatre Company, That Theatre Company, the Rochester Repertory Theatre, the Rochester Civic Theatre, and others.  Most recently, she designed lights for and performed in Our Kid’s Birthday and Jeff on the Shelf with That Theatre Company; designed lights for Luther College’s production of Die Fledermaus; and directed Rosencrantz and Guildenstern are Dead at the Rochester Repertory Theatre.  She also designed the lights for four shows in the Rochester Repertory’s 2021-2022 season.  Unfortunately, Denise’s life was cut short by an encounter with an inconsiderate shopper at the grocery store who stopped their cart in the middle of the aisle instead of pulling it to the side to let others pass.  The ensuing wave of rage triggered an aneurysm which gave Denise just enough time to scream out, “Move your f@%^ing cart!” before dropping dead on the floor.  She is survived by two puppers, Isabella and Dax, and two kitties, Bullock and Lambert.  They shall inherit everything. Epitaph Reads: Here lies Denise: “Really?!"

Michele Nyman (Bridget) Michele was born sometime in the 1800’s, though her birth date was never officially recorded. During her life on earth she spent time acting, directing and teaching in various theatre companies, and especially enjoyed working with youth. She was always grateful for the opportunity to work with amazing people. Her last gig before she passed was directing a futuristic musical called Mamma Mia. Sadly, Michele fell to her death in 1892 after she tripped on a spider while hiking on the edge of a bluff. She is survived by JoeyBurrito the dog, PeterBeans the cat and the teenager.
Epitaph reads: “I’m sorry…I fell down. AGAIN.”

Sarah Schaller (Artistic Director) was born November 22nd and left this earth as many expected~with much sarcasm and sass! After contemplating her past experiences of directing shows like Nevermore, Assassins, Murder Ballad and Little Shop of Horrors, some thought she favored those musicals a bit on the darker side. She is survived by her husband of 21 years, 3 children and 2 dogs of Rochester, MN. It is rumored that when you visit her gravesite, if you listen carefully, you can hear her whispering “one more time” over and over and over.  Epitaph reads: “Are you (Fill in the blank) kidding me?!”

Sophi Quimby (Stage Manager), 19, died August 1892 in the Mantorville Opera House after the stress of Questions, Questions slowly killed her. Ms. Quimby was born July 21 in Rochester, Minnesota to Katie Quimby and Timothy Kauphusman. She was gaining her bachelor's degree in health sciences from the University of Minnesota Rochester and wished to go into an undecided field in healthcare. She graduated from Byron High School and moved to Rochester where she went to college and volunteered as a stage manager at Rochester Repertory Theatre in Rosencrantz and Guildenstern are Dead. In her spare time she enjoyed theatre, school (yes, she actually did), and spending time with her friends and family. She is survived by her parents, grandparents, cousins, “adopted” children, and her many pets (2 cats, 2 hedgehogs, and a chinchilla). Epitaph reads: “Coffee because adulting is hard.”

Raquel “Rocky” Saige Nisbit (Keyboard)
Date of birth: October 17th, 1870. Date of death: April 9th, 1892.
Rocky survived by her husband, Christian Nisbit, her two hedgehogs, two cats, and two guinea pigs. She loved playing piano, bass, guitar, ukulele, drums, along with tuning pianos, and she even taught music to over 65 students throughout her life. Rocky passed away due to her
stubbornness by trying to move a piano all by herself. Her famous last words were, “I don’t need any help, I can do it myself!” before the piano fell on her. She died doing what she loved, being stubborn and dealing with pianos. RIP.

Danny Ziebell (Guitar)
July 15th-October 28th 1892
Danny passed away suddenly after being struck by a snapping guitar string as he was tuning. Danny was survived by his partner Lindsey of 2 years, his parents Dan and Merri Jo, along with many cousins, aunts and uncles who supported him in his many musical endeavors while on stage with his band Faux Pseudo or in theatre.  Visitation will be held at St. Shredder’s Holy Diver Church on October 31st at 6 pm.

Casey Saunders (Bass)
Casey was brutally murdered by his girlfriend because he left the toilet seat up one too many times. Before his untimely death Casey was an instructor for the IBEW. He enjoyed doing anything having to do with theater. Casey most recently was found on the Rochester Civic stage as Mr. Bucket in Willy Wonka. He was also in numerous other shows both on stage and in the pit.

Morgan Culpitt (Drums)
1866-1892
Morgan Culpitt grew up in a small town of Wisconsin, called Sparta. She leaves behind a sister, mother and father. She graduated from western technical college of lacrosse Wisconsin in 2018. Her hobbies included mountain biking, kayaking, true crime…and most importantly the drums. In her last years she had a career as an MRI technologist then sadly she fell victim to an axe murderer…… musical!